Well, as has been happening, the month is shooting by!  I’ve only done 5 posts so far.  Haven’t even been keeping up with the Song Lyric Sunday and Stream of Consciousness Saturdays!  What have I been doing??  Mostly taking care of my mom.  You read about my cooking lesson last week and in addition to that one I also got a lesson in making spaghetti.  Not an unusual thing for an Italian girl to learn from her mom but without going into too much detail, let me just say there are a lot of details in the way SHE cooks it, including how to open the package.  Silly me for trying to just cut the corner off the bag!  Apparently you can’t cook spaghetti properly without cutting the entire end off of the bag and then cutting it down the middle to expose the whole lot of spaghetti.  Who knew?  LOL I really love my mom 🙂

Yesterday we spent the day at the park participating in our local Clean Sweep Flea Market.  I was trying to sell some of the household stuff I had been accumulating and a few of my extra craft supplies while my husband was selling some of his tools.  He is retired and has no need for all the things he collected in his years of working as a mechanic.  We had space enough to put up a canopy so my hubby could stay in the shade.  He’s in the background of this picture wheeling and dealing.  There were a lot of people selling things and a steady stream of people coming through all day. 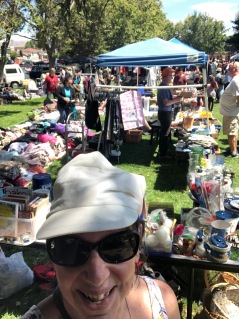 We did okay but mostly it was my husband’s tools that sold.  I decided that anything I didn’t sell was going to get donated to Goodwill.  If I was willing to sell it, I don’t need it.
In addition to that, I was commissioned to make four cards for a friend of ours.  She is a teacher and wanted to send some thank you cards to people who helped out during the summer programs.  She gave me four words…library, construction, cupcake and ballet.  Here’s what I came up with:
For the library: 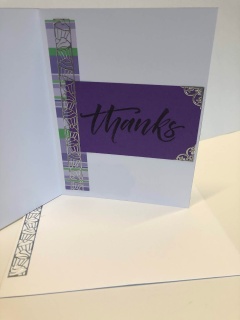 Whaddya think?
Oh yeah, my daughter and I went to see the movie Bohemian Rhapsody on the big screen at Oracle Park.  It was supposed to be a sing-a-long on the night of the 34th anniversary of the Live Aid performance.  We were surprised that more people weren’t singing!  There were people who were dressed as Freddy Mercury, but we just wore the crowns we got going in 🙂 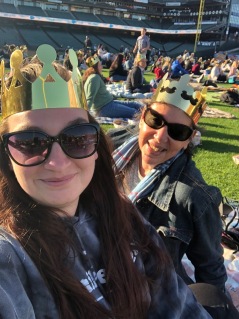 The next night my husband and daughters and I went to see the real Queen in concert.  Two great nights in a row! 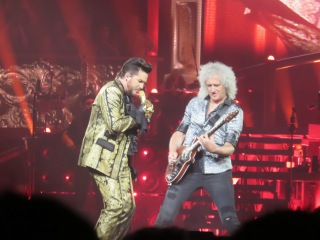 The local reporter made the mistake of calling them a “tribute band” since only two of the original four members remain but let me tell you, that was no tribute band.  Brian May even made a comment on Instagram that he didn’t appreciate that review and didn’t think that the fans felt that way!

So, that about catches you up with me and my corner of the world.  How about you guys?  Anything special going on in your corner this summer?  Lemme know what I’m missing!

Love to hear from you! Cancel reply

This site uses Akismet to reduce spam. Learn how your comment data is processed.

How you see life depends on how you look at things

How to be a vulnerable leader